We don’t care what anyone says; for NottsNight, Canning Circus is just about the most perfectly formed of all Nottingham neighbourhoods when it comes to pubs. There is genuine choice, and friendly but firm competition around here, and the summer of 2021 saw another addition in the shape of the Good Fellow George.

Previously known as the Overdraught, run by the Totally Tapped brewery, this former bank and fancy dress shop straddles the corner of Canning Circus and Alfreton Road, with a well sized crescent shaped space, mixing plush booths with traditional wooden tables and chairs. It’s also drenched in greenery, with plants hanging from the high ceilings, straight from Sneinton Market.

Opening a pub during a Pandemic might seem like a strange decision, but for co-owner Adam Godfrey it actually made perfect sense.

“We’ve been in a position of luxury that very few pub owners have. We’ve had all the time in the world to get this place exactly to where we want to. We enjoy being a freehouse, we’re trying to support local suppliers like Weaver’s Wine Merchants, Tough Mary’s Bake House – basically we want to tick all the right boxes at a very high level.” 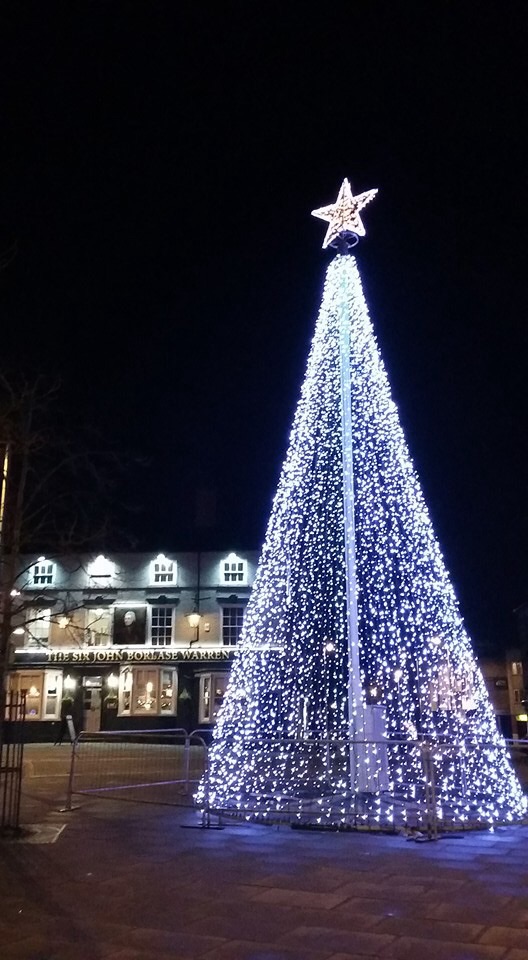 While Canning Circus retains a health selection of pubs, it’s nothing compared to the heyday of the 1960s and 1970s, when the nearby industries of Raleigh bicycles and Player’s cigarettes would provide a ready market on a Friday night. Dozens of bars would be packed with men and woman who’d come straight from their shifts for a well earned drink.

Live music at The Running Horse and a tight social atmosphere would lead to many relationships, romances and nights that would be remembered for decades to come.

And that box ticking matters around here – because Canning Circus is a thriving place for pubs. Dominating the view as you come up the hill is the Sir John Borlase Warren, which has become a big success for its present owners Lincoln Green. In fact Adam and his business partner James McDermott both previously worked here. The main attraction is a sprawling rooftop beer garden, and a backyard that houses its own micro-pub, the Dog and Thief.

Next door, The Falcon retains its feel as a community pub on the edge of the city centre, while The Running Horse is getting back on its feet as a live music venue, though the owner Rob is taking a cautiously steady approach to reopening.

Four pubs would be more than enough for most neighbourhoods, but there’s yet more to come with The Organ Grinder, The Good The Bad and The Drunk and the Hand and Heart all on the doorstep. If you really must, you can add the Raglan Road Irish bar to the list, though after several disappointing visits, it no longer quite fits the NottsNight bill.

Canning Circus really does have it all – a ready made pub crawl without having to go into the city centre, bus routes from all directions and a healthy community of landlords who know the market – and know they have to maintain high standards. What’s not to like?

The NottsNight Podcast is available free of charge on platforms including SoundCloud, Apple, Amazon and Google Play.