We’re a bunch of creative buggers in Nottingham. Where else would could you find the utter brilliance of someone designing the Raleigh Chopper, while just down the road someone else was inventing Ibuprofen to numb the pain when you smashed your nuts on the gear stick?

And there is creativity in every corner of our city, perhaps none more so than in and around Sneinton, which in recent years has become host to the Creative Quarter, an organisation that has revived Sneinton Market into a collection of independent shops and businesses that have thrived. 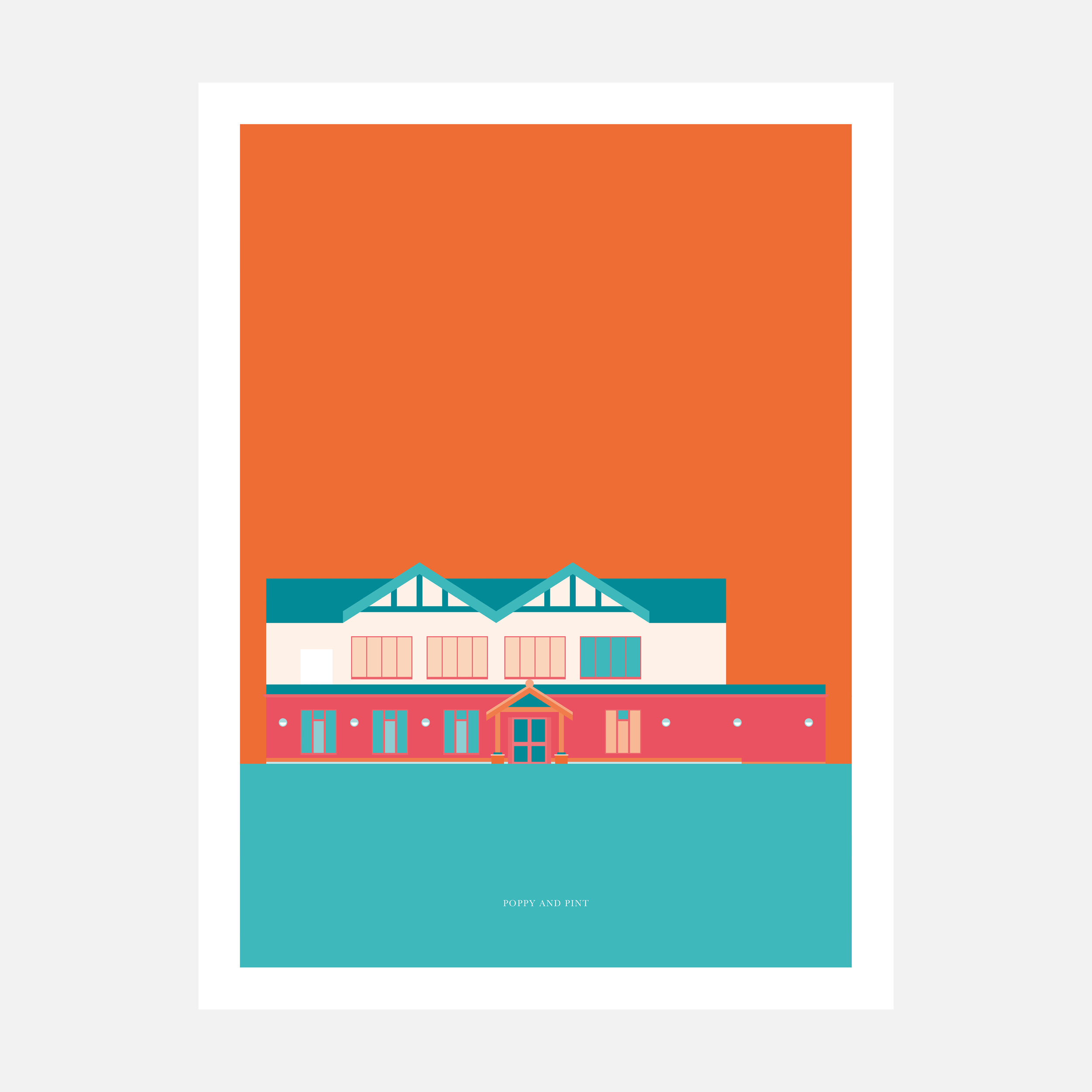 “I’m surrounding by foundations, lipsticks and mascaras in my day job so I needed a side hustle”

It’s here at the Fox and Grapes that we meet Seth Smith, a designer by day who looks after an account for beauty products. And while beer is, of course, a thing of beauty, it’s not quite what Seth was aiming for when he set out some time ago to drink 500 beers in a year.

“I’d heard the idea on a football podcast and I thought yeah, I’d like to try that too,” explains Seth. “I got there eventually. There ere consequences; I wasn’t very good at taking photos – shaky hand syndrome – so that’s when I started illustrating them and that’s when it took off really. “

From there, the Art of Beer has created over 40 illustrations of Nottingham pubs, which over the summer were distributed free as part of the Nottingham Craft Beer Festival. Seth’s distinctive style is easy to spot; bright and bold colours which capture the shape and the characters of our favourite drinking places. And as a full set, they look rather lovely.

Seth’s work appears to be the perfect way to combine a hobby with talent. And it’s extended beyond Nottingham.

“It’s been great really. I’ve done stuff for breweries in Leeds and I’ve done a few markets including the one here in Sneinton. It was one of the few things you could do during lockdown at it was a great way of actually meeting people.”

There’s no doubt that this part of Sneinton has been transformed in recent years, and although three of its pubs are currently included in the broader Hockley section of NottsNight, we’re fast coming to the conclusion that it may soon require a new map of its own.

Seth agrees : “There’s a really good vibe about the place. You’ve got places like Liquid Light and Neon Raptor, and the great thing about the Nottingham Craft Beer Festival is that it’s not over sold. There’s space to move about the place.”

Sneinton is now a brilliant place for a pub crawl. Established NottsNight favourites like the King Billy rub shoulders with fantastic newcomers. The recently opened Partizan Tavern provides an excellent addition to the area, serving three rotating handpulls and a large selection of craft beers. Up the road, Liquid Light is breaking new ground by allowing customers to drink in the actual brewery.

Fashions may change, but creativity will always thrive.