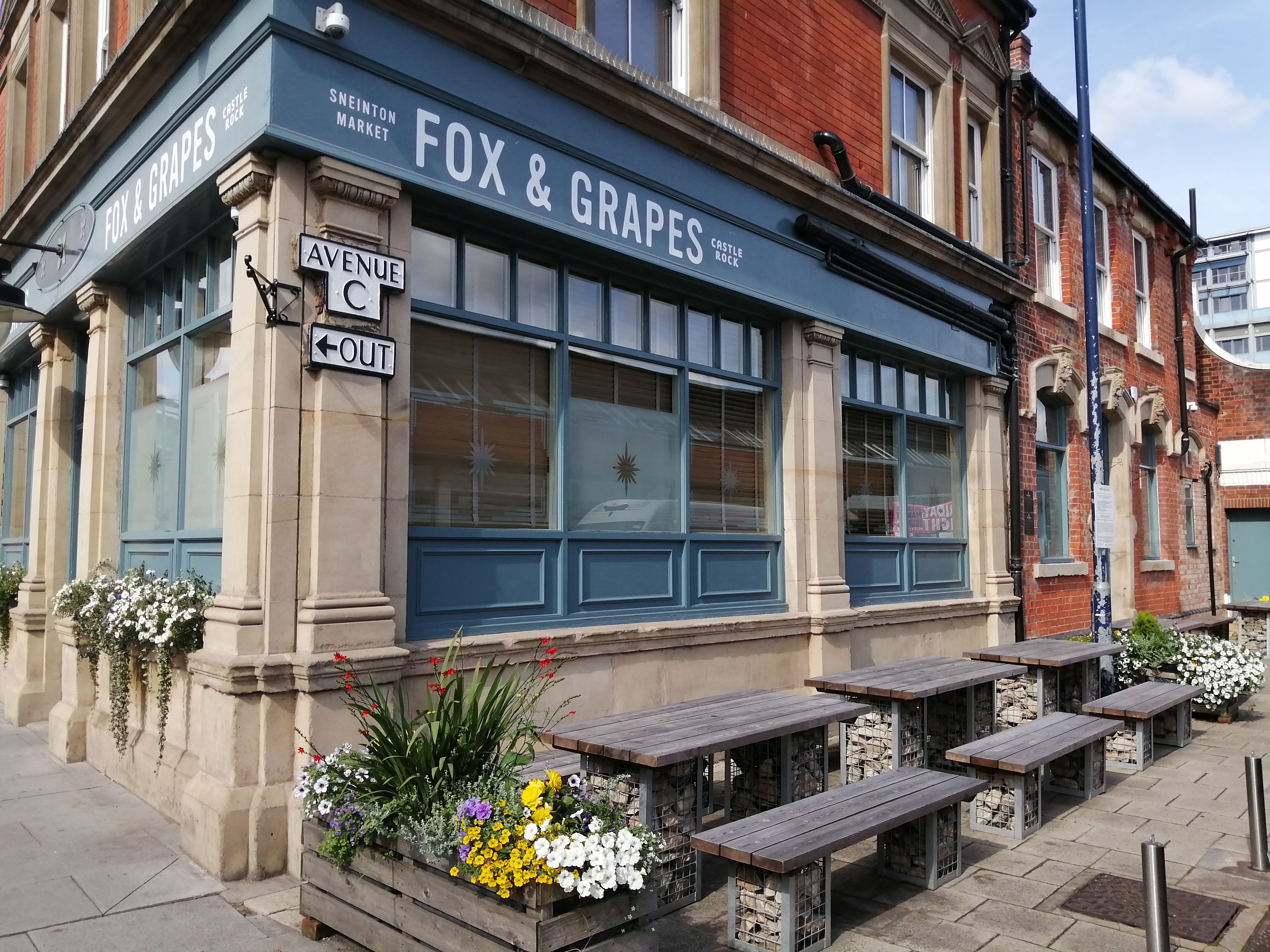 Back in the day, traders from Sneinton Market would pop in here for a pint at eight in the morning, the pub having special dispensation to open up early to serve the workers. And there’s a much more gruesome bit of local history here – in 1963, the landlord was stabbed thirteen times, in what is still Nottingham’s oldest unsolved murder.

All of which provides some nostalgia and context for Castle Rock’s latest offering. On the bar you’ll find up to eight of their own brews and a further selection of guest ales and craft beers – and some extremely knowledgeable staff who’ll offer you tastings and suggestions – a nice touch.

After initially lacking any real ambience, the plain gunmetal grey walls have now been decorated with dozens of pump clips and the whole place has got a warmer atmosphere than when it first reopened

Music? Occasional live music come in the form of acoustic performers – some of them are rather good! There’s an in house sound system providing some non offensive background tunes.

Opinion? The Fox and Grapes has now established itself as a welcome addition to the Sneinton pub scene. It contrasts well with the various artisan outlets now filling the rest of Sneinton Market. The only improvement we’d suggest is less harsh lighting.