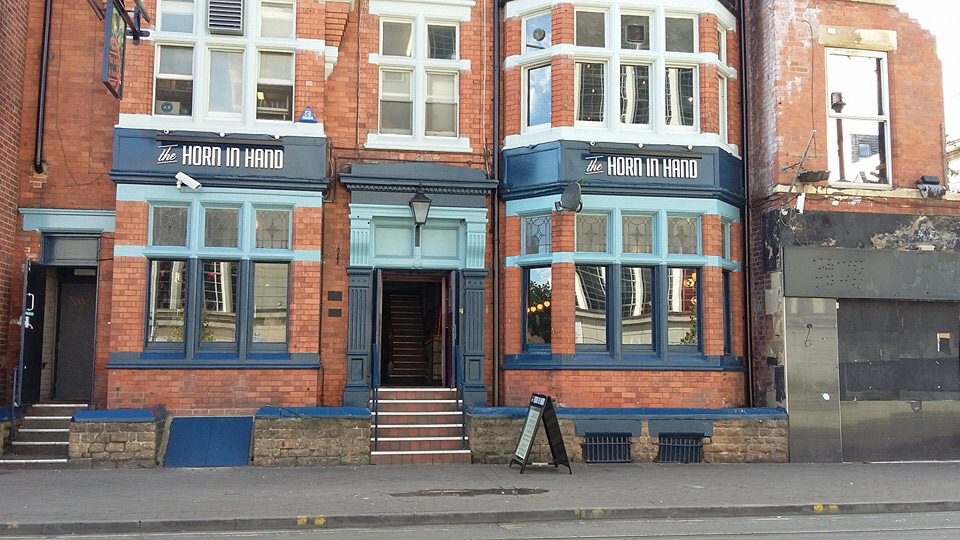 Despite a name worthy of a Viz comic strip, despite being right in the heart of student land, and despite its own website sporting a picture of a beardy hipster we still like this place. That’s largely down to dim and distant memories of the Horn’s previous existence as a dark, sticky room with all the personality of a 1970s public toilet.

The spit, sawdust and bodily fluids have been replaced by clean, sleek lines. You’ll usually find at least three real ale handpulls on offer, plus a wide range of craft beer. It’s neither neither overly pretentious not overpriced.

There’s a smoking area out the back which also doubles up as a beer terrace.

Music? Yes, and a bit loud. But often drowned out by the sport.

People? A big student element as befits the proximity to the campus, Rock City and the Rescue Rooms. But bearable nevertheless.

Opinion? Let’s face it, the river of urine that used to flow down the stairs means this place couldn’t have gotten any worse. However, it’s done substantially better than average following the refit. And you can walk straight out and onto a tram.