Episode 17 – Matthew Curtis on returning to the pub

During the darkest days of lockdown you probably had that Zoom chat with your mates – what you wouldn’t give just to be able to walk back into a pub and have a pint. In NottsNight land, the winter lockdown started at the end of October 2020 and wasn’t lifted until April 2021. It was a long and hard winter.

And yet, at least anecdotally, there seems to be a pretty even split of opinion today between the FOMOs and the FOGOs. The Fear of Missing Out is balanced by those who still have a Fear of Going Out.

It’s an interesting debate, addressed in the latest Podcast by beer writer Matthew Curtis, who declared in Pellicle Mag “I don’t think I’m ready yet”. Matt’s experience related to the Leeds International Beer Festival, which – like the Robin Hood Beer and Cider Festival – was one of the first post-lockdown mass scale drinking events. It should have been a moment of celebration and joy.

Instead, Matt found himself getting ever more anxious, in realising he needed proof of vaccination to get in. And although the event was brilliantly organised, he found himself wishing that he had stayed home.

“If anything, the pandemic made me realise how much I depend on that third space between work and home to help me switch off,” he explains. “But it will be a while before I feel able to surround myself with a couple of thousand people again.” 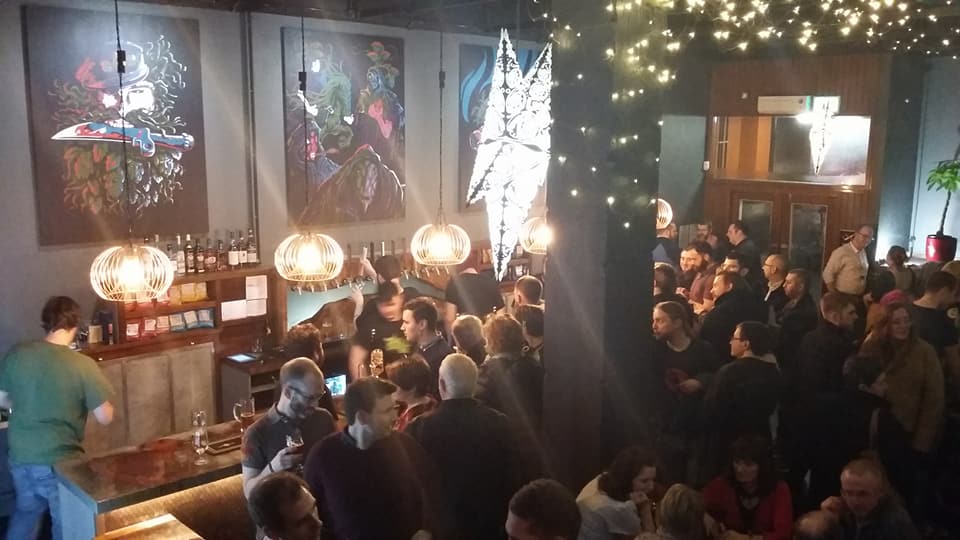 “I’m not sure how I feel about vaccine passports – it can create a kind of second class citizen who can’t access certain places. But I think people should go out and get the vaccine.“

Like most seasoned drinkers, Matt is no prude. And it very much depends on where you choose to drink. At NottsNight we’ve witnessed heaving weekend crowds in places like Hockley. Even in the suburbs, The Hop Pole in Beeston and the King Billy in Sneinton have felt extra busy. It’s almost as if there was no pandemic. But that’s not the case everywhere. We’ve spoken to landlords who’ve told us their regulars – the ones who almost certainly had missed the pub – simply weren’t coming back that regularly, if at all.

This is not about politicising the Pandemic, though of course the issue of potential further restrictions or vaccine passports divides opinion as much as Brexit. But pubs need to strike that balance of being relaxed enough to have something approaching “business as usual” while being mindful that some customers are understandably wary.

Matt continues : “I’ve been looking at places like New Zealand where they have vaccine passports. I’ve had my vaccine and I think people should go out and get theirs. But having to show a passport to get into a pub risks creating a second class citizen who can’t access certain places”

It’s something we’ve experienced at NottsNight – on a trip to Ireland in September it was a mandatory requirement to show proof of vaccination to go inside any pub, bar or cafe. Those without were simply allowed to sit outside, which with Ireland’s weather is not always a pleasant experience.

Fingers crossed, we are now turning a positive corner towards 2022. Despite some gloomy predications, many NottsNight pubs have thankfully survived so far – indeed, some have thrived with new customers, new breweries and a new atmosphere. We look forward to better days.

Listen to the Podcast

Listen to this and other episode of the NottsNight Podcast

Matthew Curtis is the author of Modern British Beer, published by Camra Books