When we founded NottsNight, we had a certain image of drinker in our minds. It was the kind of grown up who had shunned bars serving drinks in jam jars, who preferred a bag of pork scratchings to a side of unicorn shavings and definitely not the type of person who would tolerate that fizzy crap that comes from kegs.

But evolution has a way of persuading you to broaden the mind, which is why we’re sitting in the Cock and Hoop with Will Barrett and Al Squires, the creators of a lager called Hockley Helles. 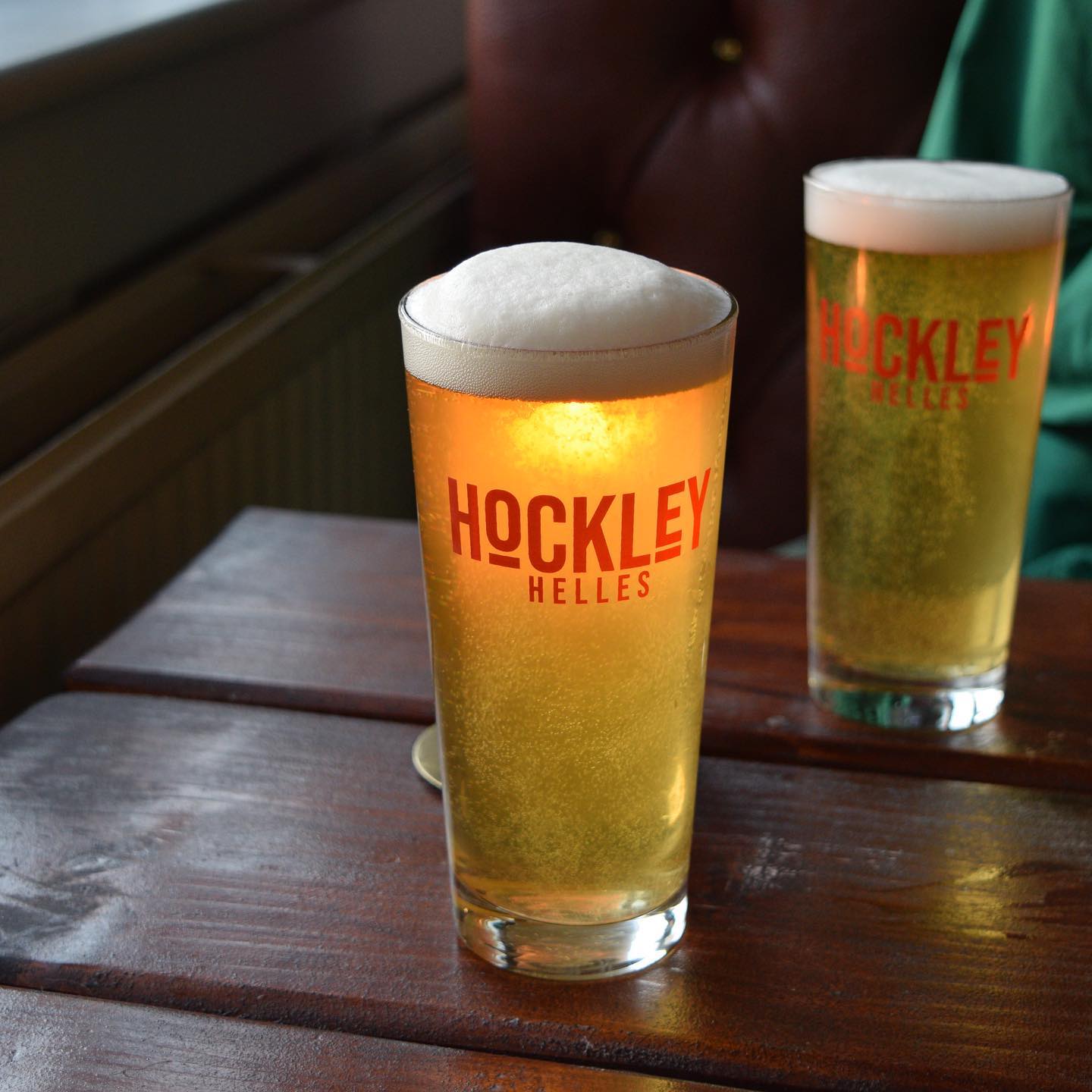 “We’re trying to bridge that gap with a craft lager that appeals to the real ale enthusiasts.”

Although Nottingham does have a school of brewing, Will and Al are business graduates from Nottingham Trent University. By day they run a design and PR agency, but turned their attention to beer when they ran a pop up bar as lockdown was lifted. Code 34 had a much trendier location than this Lace Market boozer – so how does a Helles from a keg mix with traditional cask beers?

Al explains : “We’re trying to bridge that gap with a craft lager that appeals to the real ale enthusiasts. It’s a 4% beer that can be drunk any any time of the year. The recipe is traditional malts with challenger hops and first gold.”

And it’s a combination that produces flavour and texture. Yes, there is Co2 in the beer and the pump, but it’s not overwhelming. It’s served chilled, but holds its taste when it gets to room temperature. The initial fizzy head soon calms down into a sensible session beer, priced favourably in comparison to the rest on offer here.

There are loads of Helles beers around right now – walk into most bars and you’ll likely spot the likes of Camden Town beers on offer, but the Hockley brand has a local connection; it was made in collaboration with Shipstones, whose Hollowstone craft beers have been around for a while.

And it’s being offered in a growing selection of Nottingham venues. Traditional bars like the Cock and Hoop and The Castle are already on board, along with higher end venues including the Pelican Club in the Lace Market.

Will and Al are realistic about the project – but ambitious. “We’d like to find a space where we can both brew the beer and have a tap bar, so customers can see where it’s made. It would be great to have that somewhere in the city centre”. There are also plans to sell Hockley Helles in bottles, expanding the on and off sales market.

Lockdown has been a great time for creative thinking, and for these two business graduates it has provided an opportunity to combine new ideas with what essentially started out as a hobby. With a crowded craft beer market, it’s unlikely to make Will and Al their fortunes. But the brand name speaks loudly in Nottingham, and if you’re going to drink a lager, it might as well be a local one.

Listen to the podcast