Episode 13 – The West of Ireland

When mentioning men of the cloth and the remote West of Ireland, you might immediately think of your favourite scene from Father Ted. But the story of three hapless priests trying to just bungle along in the middle of nowhere is nothing compared to the tale of the Mescan Brewery which NottsNght visited for its latest podcast.

The West of Ireland is steeped in myth and legend. It’s a stunning setting of mountains, lakes and islands which, when the weather is good, provide an impossibly beautiful centrepiece for the visitor. Achill Island is just about as far west as you can get before you hit America, and the near-deserted beach at Doogort is a brilliant location to just drink in the scenery. 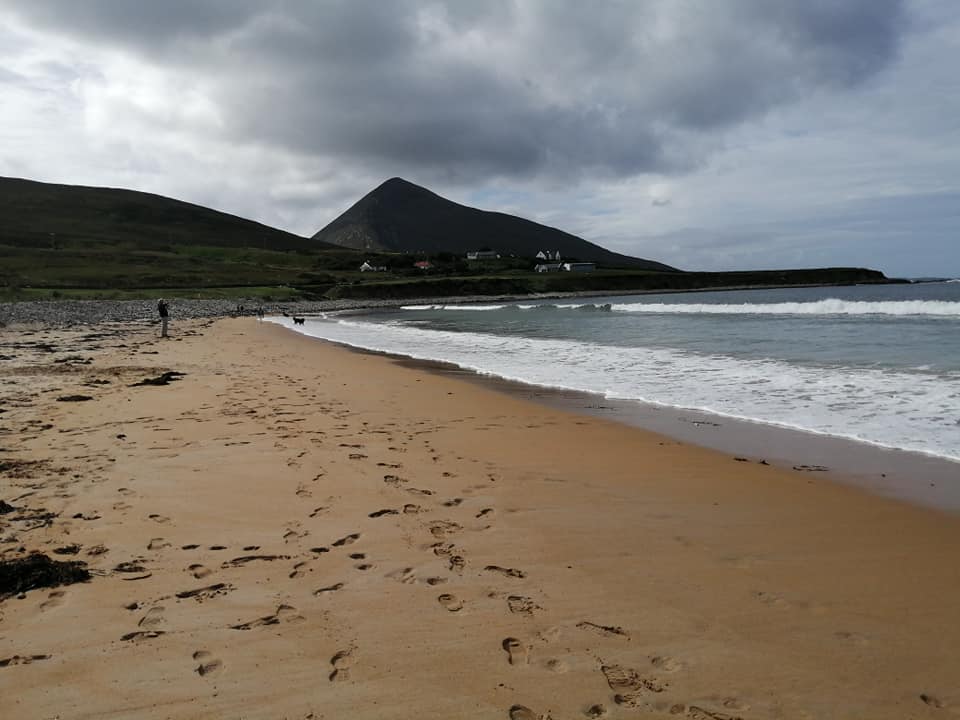 A place of mystery, myth and legend hides a heady smell of cow poo and brewing ingredients

And around 40 kilometres to the South – on a single track road off the coast near Westport – is the Mescan Brewery. To say it’s tucked away would be an understatement. The main road hugs the side of Croagh Patrick, a place of mystery, myth and legend. The smaller road divides and turns into a single track affair with few passing places. But remarkably, Google maps directs me precisely to a muddy driveway and a farm building. It feels – and smells – other worldly; a heady mix of cow poo and fine brewing ingredients.

“Although it’s a lovely drive to work, it’s by no means the place you would choose to house a brewery,” says Mescan’s co-owner Cillian Ó Móráin. We’re standing in an outbuilding of the farm owned by Belgian Bart Adons, who has been here long enough to acquire a strong local accent – although for our podcast he opted to stay firmly in the background.

The back story is fascinating. A decade ago Cillian and Bart were both working as vets. This is cattle and sheep farming country, because with the terrain around here nothing much would grow in terms of crops. After countless late night call outs, they decided to take a leap of faith and go into the Belgian brewing business. To misquote another Father Ted line, it’s that whole connection between rabbits and tennis players, right?

And a leap of faith is more than appropriate for a place with such a history.

“It is a holy mountain,” explains Cillian “but for centuries before St Patrick is was associated with Paganism. Travel around this area and you’ll see lots of Neolithic standing stones and circles. However, we decided to name the beer after Mescan the Monk, who was St Patrick’s personal brewer. He was one of many people who would help him spread the holy word – his entourage.”

The main brewing happens in a single outbuilding, just a large barn really – and pays no attention to decoration apart from a few old metal signs and posters from the beer world. The main business is the shiny kettles, used to warm up the constituent parts, which are then drained off to leave the liquid which will ferment and become beer.

With Bart’s background, just about every Mescan Beer has a Belgian recipe. Today it’s Westport Blond, an almost quaffable 5.5% beer. And although the building may be basic, it’s highly efficient and functional. Each end product is helpfully accompanied by tasting notes.

There’s clearly demand for the product, but I’m curious to learn how distribution works in a place like this. “We deliver ourselves to most of our backyard,” says Cillian, “which is places like Westport, Newport, Castlebar and Achill Island. The rest goes on a pallet and is taken further afield. We do like to visit our customers in person when we can, but with a small business that’s not always possible.”

The good news is that on my last two trips to Ireland, there’s been an obvious explosion of microbreweries, each with its own character and heritage. While Mescan plays on its Belgian provenance, others reflect the wild and varied landscapes of this part of the world. And for Cillian, it’s a labour of love.

“We started ten years ago with no money, and today we still have no money – but one day the money will come.”

This kind of passion and lifestyle certainly wouldn’t be for everyone. It’s a huge risk and – as Cillian observes – is unlikely to make you rich. But in such a landscape, where nature provides an endless canvass, brewing becomes less of a business and more of an art form. Painters, poets and musicians all come to the West for space, peace and inspiration. Bart and Cillian are proving that business and pleasure can be the perfect partners.

The NottsNight Podcast is available for free on platforms including Soundcloud, Apple Podcasts, Google and Amazon.