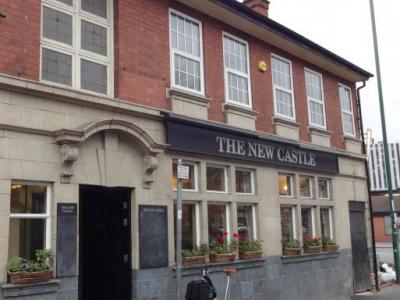 Many city drinkers won’t bother to cross Sneinton Market – the pubs beyond are simply a bar too far. Which means that the lovely New Castle retains an air of a venue unspoilt by anything approaching trendy.

The two room bar offers up to four rotating ales along with two ciders. The main front room offers a comfy lounge, while at the back there’s a pool room and a sizeable conservatory to add extra seating and bring in some natural light.

There’s also an additional treat – a cave at least two floors below the basement – which the owners have spent a couple of years clearing out. There’s evidence here of a brewery which pre-dates the existing 1923 building. At present, you’ll have to ask nicely at the bar for access, though there are plans to open it up to the public.

Food? A full menu is on offer, including Sunday roasts, at good value prices.

People? Mostly a local, more mature crowd here. But a few stragglers and the more adventurous who’ve made it all the way across Sneinton Market and beyond.

Opinion? Barely ten minutes away from bustling Hockley, the New Castle is a world away from party central. On some days it can seem dead, but this is a great back street pub at the heart of its community.