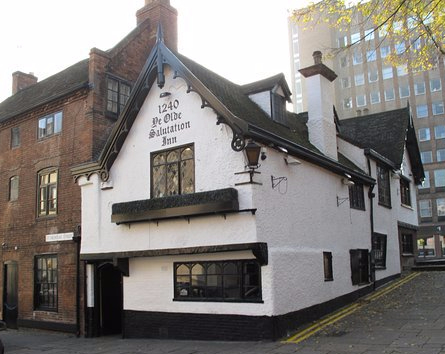 One of three pubs laying claim to be Nottingham’s oldest. the Sal boasts the date 1240 above the door. Or maybe that’s the opening time. Whatever it is, the Salutation offers plenty of history. And rock music. Lots of rock music.

Although bands usually play upstairs, it’s likely you’ll hear them throughout the building on gig nights, though the walls are so thick you can escape into one of the cosy side rooms.

On the bar, an impressive selection of up to ten real ales, lots of ciders and a few craft beers too. You’ll be able to see the colour of many of them by looking down at the flagstones where pints often end up.

On selected nights, you can descent into the Anglo-Saxon Caves – if it’s not too busy, ask the staff nicely. Or try the Nottingham Ghost Walk tour, which happen most Saturdays throughout the year. 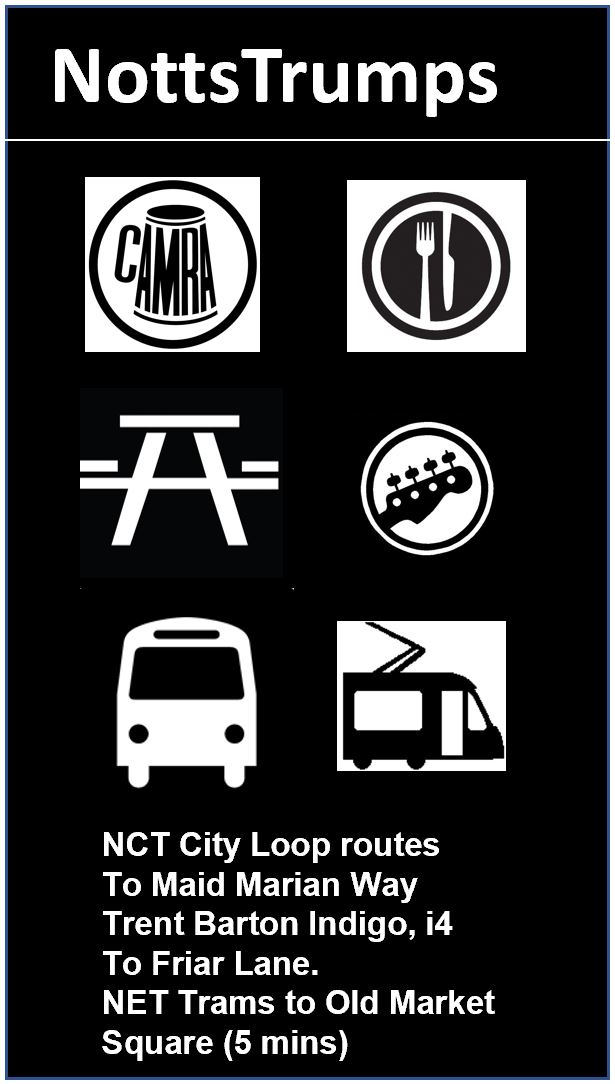 Music?  As mentioned, this is a rocker’s bar. Although Sundays see a rather nice eclectic open mic night.

Food? A full menu of pub grub, Sunday roasts and light bites on the bar. You might also spot the legendary Dave the Fishman selling a heady mix of cockles. whelks and Pepperamis

People? While biker jackets aren’t compulsory, you’d be best advised to cover up your cravat.

Opinion? As old as Nottingham itself, the Salutation is a fine old boozer. The current management have recently refurbished the cellar and made a few modest improvements to the furniture too, demonstrating a long term commitment to the place.