Tickets are now on sale for the Nottingham Robin Hood Beer and Cider Festival, which runs from 9th-12th October. For the second year, the event is being held at the Motorpoint Arena, while restoration works continue at Nottingham Castle 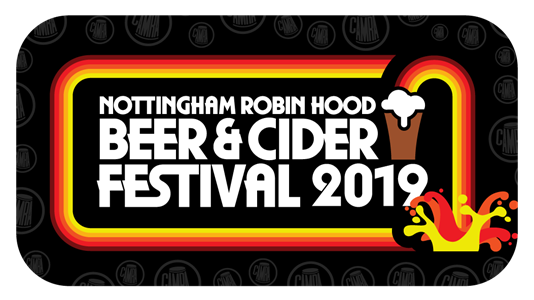 The organisers and venue both describe last year’s festival as a “runaway success”. Nottingham CAMRA chairman, Steve Westby, said, “many of our customers were sceptical about our move away from Nottingham Castle last year, but their fears were proved groundless when they discovered that the festival was not only in the main arena but also over two large outdoor areas, the Backstage Beer Garden, with brewery bars, food and live music and the Bolero Square village which also offers bars, stalls and live music! Many said it was the best festival yet. This year we plan to build on that and make it bigger and better than ever.”

This year’s festival will again offer over one thousand different casks of real ales, the largest selection of any festival in the world and covering the widest possible range of beer styles, including many modern variations usually referred to as “craft beers”, such as new England IPAs, American Imperial stouts, Berliner- style Weiss beers alongside many classical styles and old favourites.

New for this year will be tutored tasting sessions, including beer, cider with cheeses and chocolate, with further details being announced closer to the event. The new national CAMRA Learning and Discovery stand will also be in attendance where you can learn about the brewing and cider making processes.

In addition, a “craft beer” bar will have a range of rare keykeg beers lined up, some of which have never been seen in the city before, and of course a Cider Bar offering a large selection of traditional ciders and perries. The gin bar also returns, featuring some interesting rums to try as an alternative.

The range of live music has been enhanced this year across our two outdoor stages and the world street food offering has also been expanded.

Tickets can be purchased online via this link. Group bookers get a 10% discount when buying 10 or more tickets until 31 August. After this date, standard prices will apply.