The Cave City – Underground Festival will return between 5-10 April 2019 as Nottingham continues to celebrate and showcase a selection of the 800+ caves that exist below the very feet of its residents.

With a wide range of events from Friday to Wednesday, organisers plan to build upon the huge interest from last year when tours of the previously unopened Peel Street caves sold out in minutes. Due to a huge waiting list, the tours scheduled again for this year’s event are sold out. However, while new tours are set up there are some interesting new tours and activities to take part in. 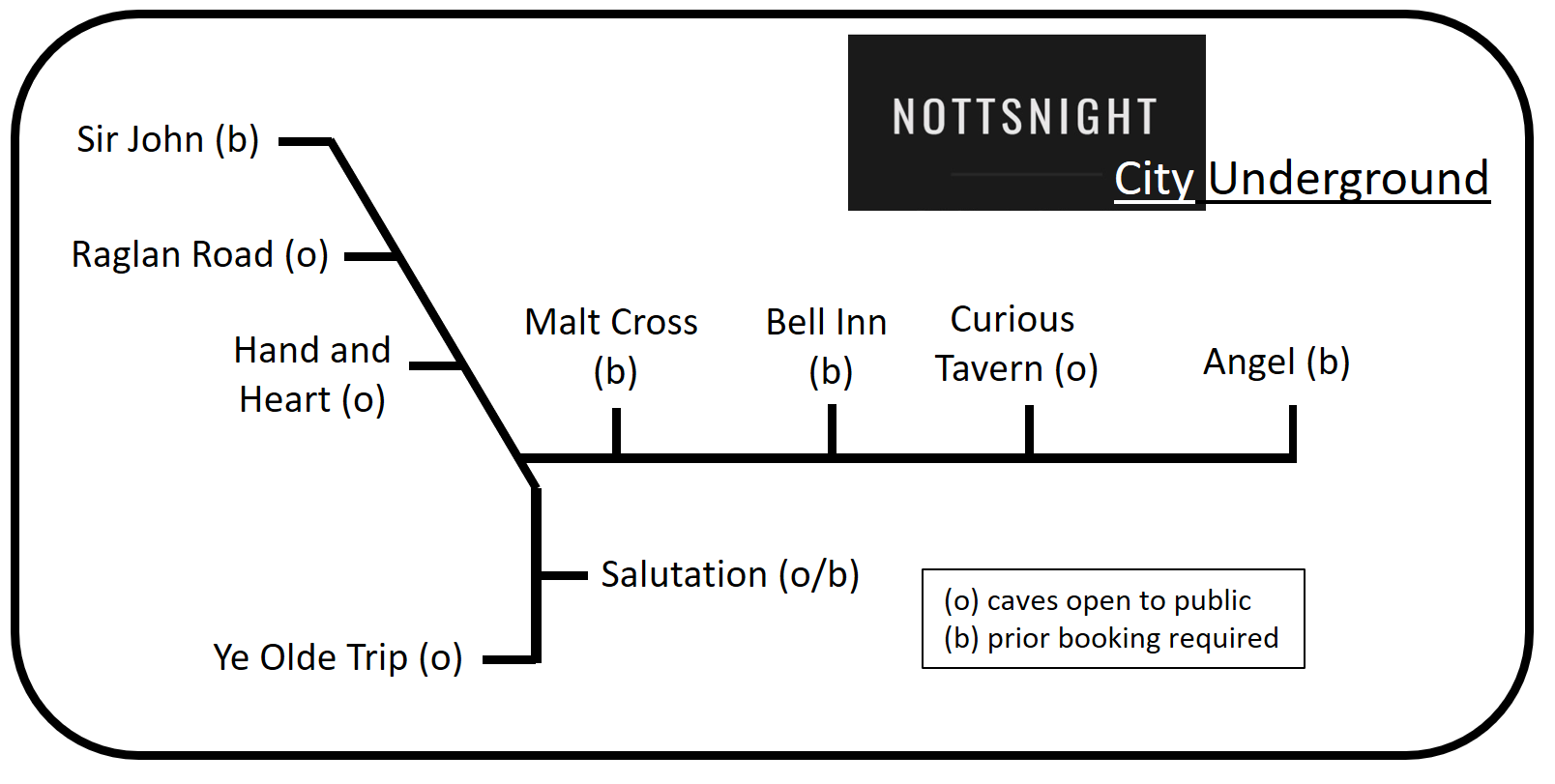 A new attraction for this year will be the catacombs at the Church Cemetery bounded by Mansfield Road, Forest Road and The Forest recreation ground. Known as Rock Cemetery because of the sandstone caves within, these caves will open to the public for the first time, allowing them to witness the intriguing tunnels and hear tales of their past and legend. This will include the story of Robin Hood’s Cave, located on the eastern perimeter. In the mid-19th century, it was rumoured this area had been part of an ancient druid temple. Guided tours will provide an introduction and background to the Cemetery itself followed by a tour of the catacombs.

There will be a rare opportunity to re-enter Mortimer’s Hole under Nottingham Castle which has been closed to the public since the summer and the beginning of the £30m National Lottery Heritage Fund supported Transformation Project. Not only is this a novel opportunity to visit the closed site, it is also unusual in the sense that visitors will experience the tour from the bottom of the Castle Rock, climbing up rather than from the top heading down to Brewhouse Yard as has been the traditional tour path – a feat of endurance as well as intrigue.

If the sound of an uphill cave climb seems a little arduous, there will be opportunities to experience the caves under the Castle using virtual reality. This equipment will be set up at the Urban Room on Carrington Street with bookable sessions to go underground without having to leave the room. There will also be experts from Trent and Peak Archaeology available to talk about their work on the Castle site and recent finds in a series of free talks. The Urban Room will remain a hub for the festival and a space for visitors to pop in and find out more about the city’s caves and the festival.

Alongside new activities, the festival will also highlight well-loved spaces across the city. Visitors to the regular tours of the caves under Wollaton Hall will hear of Wollaton’s Historic Hauntings, while experiencing the dark and atmospheric rooms and tunnels. This is a chance to walk in the steps of those who toiled below the Great House in in ages past. It promises the chance to hear their stories as well as to feel their presence!  Nottingham City Council has partnered with a range of local businesses to showcase many caves across the city which are being put to use in many inventive ways. Visitors will be able to plan itineraries exploring unusual spaces. These include Cave Escape on Mansfield Road where groups can work together to solve puzzles and defeat Dracula in the subterranean underworld. There are events in the Malt Cross caves including tours, gin tastings and beer tastings as well as a chance to ‘Fine Ales and Strange Tales’ in Ye Olde Salutation Caves…

Another new space for the festival will be the People’s Hall in the Lace Market. Over £150,000 from The National Lottery Heritage Fund is helping to restore and protect this Grade II* listed building in Heathcoat Street which had been empty for a decade.  During the festival, visitors will be able to take tours of the caves beneath and hear about the colourful history of the building. There is also a unique opportunity to play the sport of Petanque with up to six players able to book a slot for a game under the city. All equipment if provided.

Some of the events require tickets but many are more informal, drop in sessions where access to the caves will be made available as people arrive. New events and activities are being added all the time. Click here for the very latest.