Totally Brewed have announced that their new Canning Circus pub – The Overdraught – will now open on Friday 16th February.

NottsNight had originally been told that the bar would open during the second week of January. Then, a Facebook post announced the official opening as Friday, 2nd February. Now, the owners say :

“For the past few months we have been striving to create an outstanding new beer venue for canning circus. It turns out it’s taking a little longer than expected.  Please bear with us, we promise it will be worth the wait!

😃 Sorry for any inconvenience this may have caused.”

Although the building was most previously a fancy dress shop, the pub’s name refers to its previous incarnation as a bank. NottsNight understands the new owners have been working hard to reconfigure the old vaults into a new cellar, and pictures on the Overdraught’s Facebook page show a lot of graft has gone in to making things look rather special.

Totally Brewed are entering an already competitive market around Canning Circus, with plenty of other established outlets within a five minute walk. Then again, the company has already proved its worth with its existing outlet in Beeston – arguably a similar environment in terms of choice.

We can’t wait to try it out! 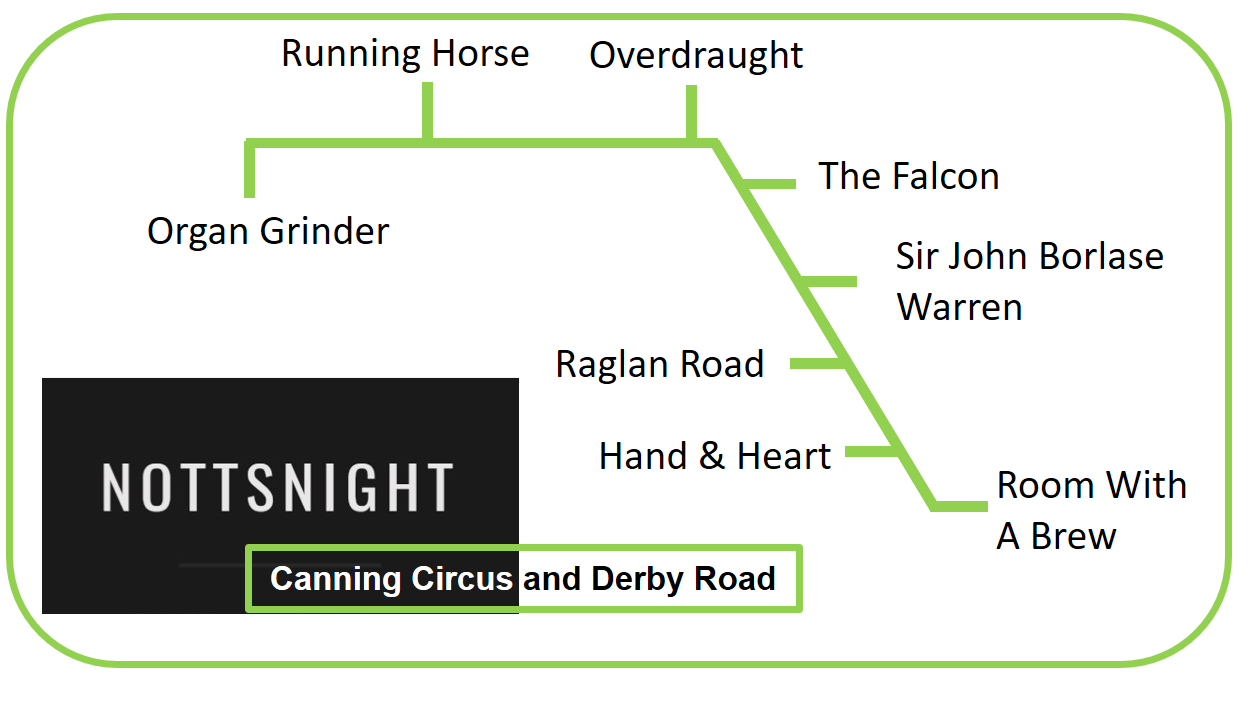