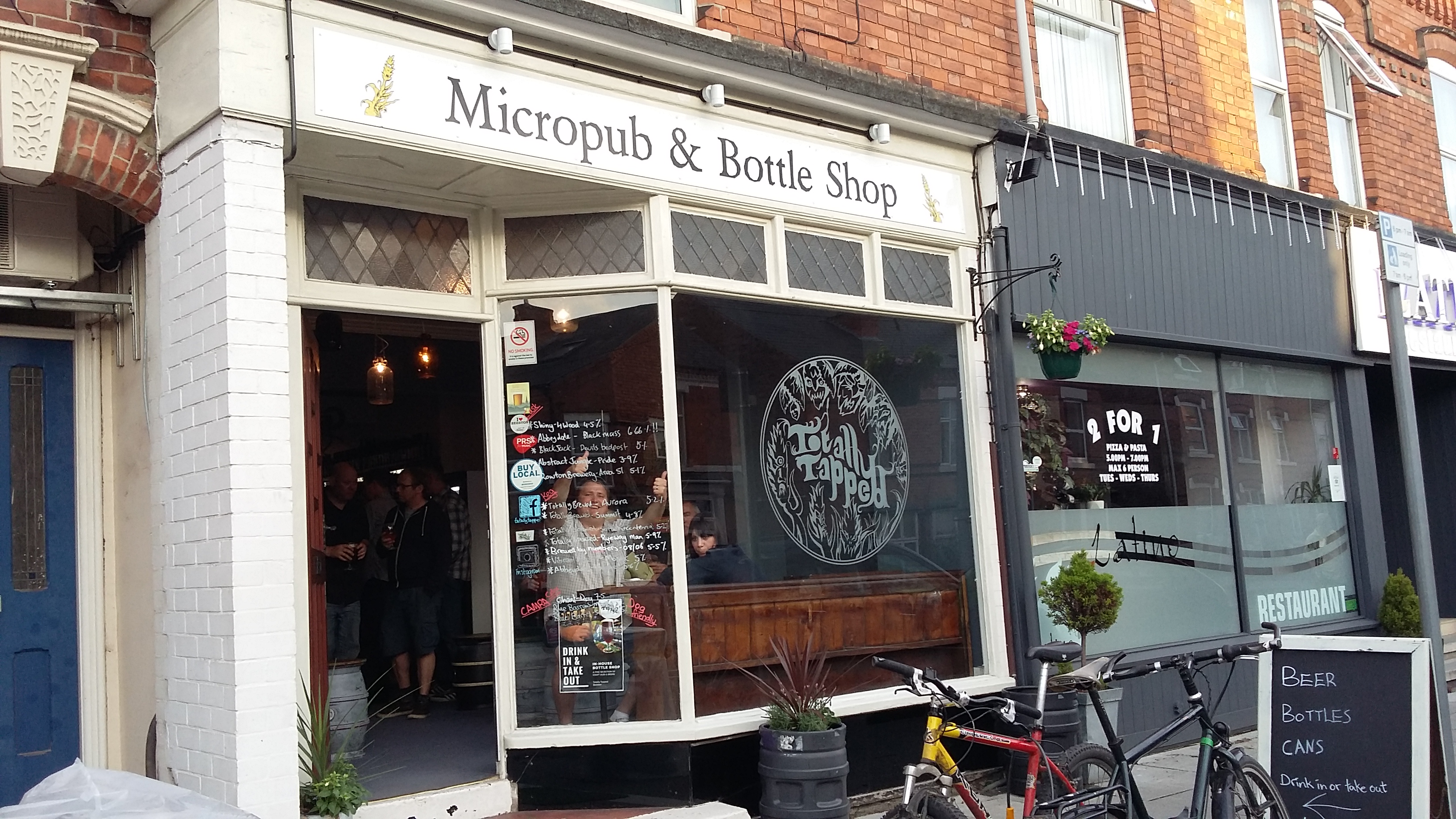 Established in 2014, the Totally Brewed brewery has firmly established itself for producing a wide range of highly tasty craft beers, and Totally Tapped was – as the name suggests – its first tap bar. Expansion has followed in the form of its sister pub The Overdraught at Canning Circus.

You won’t find too much room in the bar – this is a micro pub after all. But in addition to three good beers on tap, there’s a sizeable collection of bottles and cans to sample in hour or to take away.

We’ll admit it – this doesn’t necessarily fit into the traditional mould of a NottsNight boozer. But variety is a good thing – and when it’s done well, so is craft beer.

Music? No need for anything in a place this small. An ipod may be playing somewhere, but the conversation’s more than enough.

Food? You great big Jessie. Go to Wetherspoons if you need to eat?

People? Craft beer and ale lovers squeeze their ample frames in through the door. Bicycles and beard oils are left outside.

Opinion? A lovely addition to the Beeston circuit, this place never seems empty, even if it’s just you and the bar staff. Be prepared to get cosy if you want to sit down behind the narrow tables.